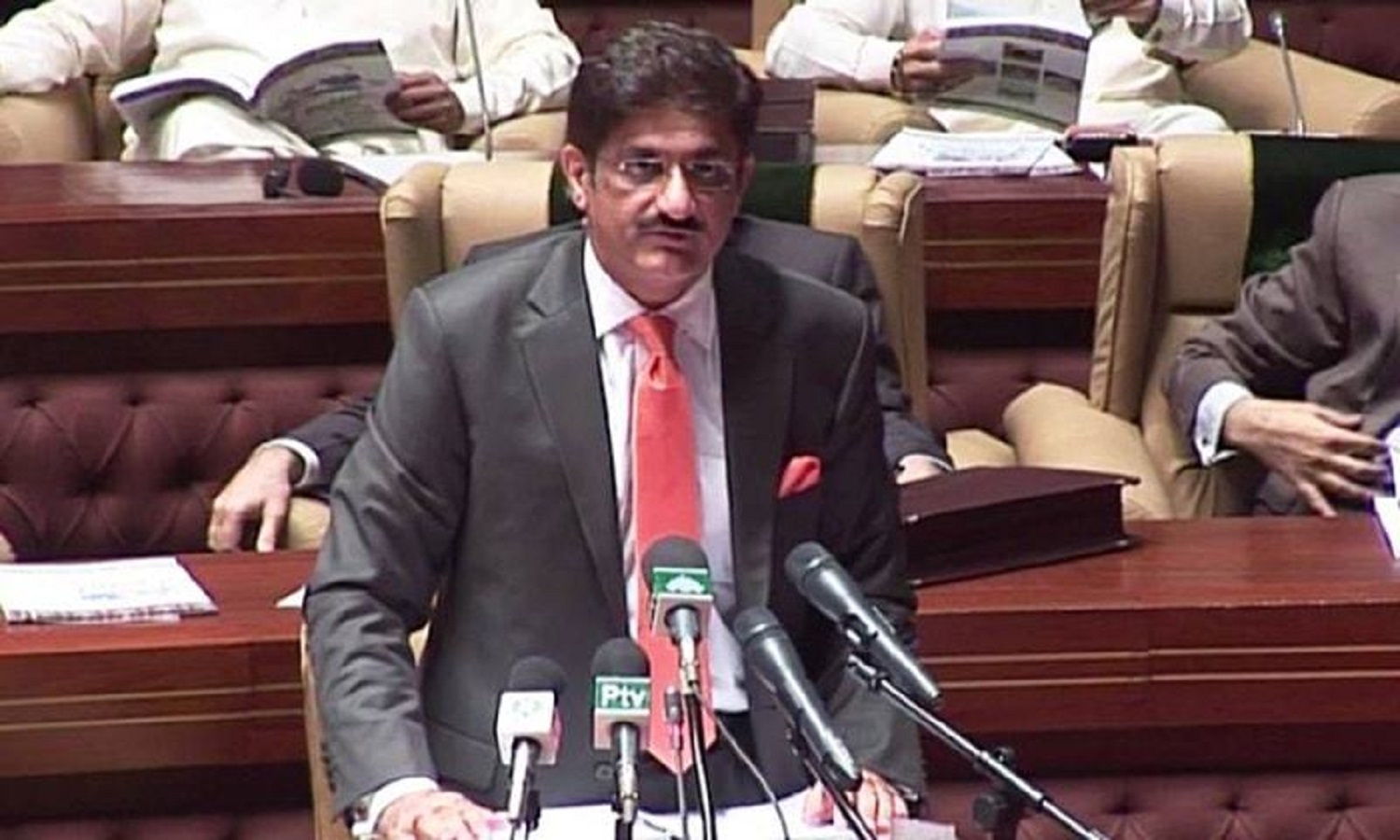 KARACHI: The Sindh Assembly on Saturday revived the Police Order, 2002 by repealing the colonial-era Police Act, 1861, prompting a walkout by the three major opposition parties that were part of a select committee to examine the draft law.

Among several other structural changes, establishment of public safety commissions at district and provincial levels are said to be the most significant part of the new law.

The Sindh (Repeal of the Police Act, 1861 and Revival of Police Order, 2002) Amendment Act, 2019, was moved in the house with five of the 15 members of the select committee refusing to sign it.

Eight members from the treasury benches, including committee’s convener Ismail Rahu, and two representatives from smaller opposition parties — the Muttahida Majlis-i-Amal and the Tehreek-i-Labbaik Pakistan — had duly signed the draft.

Leader of the Opposition Firdous Shamim Naqvi of the Pakistan Tehreek-i-Insaf and his parliamentary party leader Haleem Adil Shaikh, Khwaja Izharul Hasan and Mohammad Hussain of the Muttahida Qaumi Movement-Pakistan and Shaharyar Mahar of the Grand Democratic Alliance did not sign the document.

However, when the draft law was moved in the house, the members of the PTI, MQM-P and GDA began protesting against what they called the “improper” way it had been written without properly listening to the opposition members.

The parliamentary leaders and other members of those opposition parties gathered close in front of the speaker’s rostrum and began shouting slogans.

Speaker Agha Siraj Durrani said the same members’ conduct brought “humiliation” to the provincial legislature. “They don’t come here for the betterment of the people of Sindh, but only to spoil the time of this august house,” he remarked.

After a while, they walked out of the house while the three members of the MMA and the TLP stayed in the house.

The bill was later passed unanimously in the absence of the opposition.

Later, GDA’s Mahar came and sat for a while before his party colleagues came. Later, a number of members of the PTI and MQM-P also returned.

The house was informed that the Police Order 2002 was revived as it stood on July 13, 2011 with amendments “to define the role of police, its duties and responsibilities and in the public interest”.

After passage of the bill, Mr Rahu appreciated the opposition for their inputs in the new law. GDA’s Mahar said he wanted to congratulate the house for restoring a law which was the brainchild of a dictator. He said the opposition was busy in writing its vote of dissent, but the government moved it without waiting for the opposition’s input.

Sindh govt can sack IGP before completion of term

“The law will give operational and administrative autonomy to the police while simultaneously establishing a mechanism for oversight on powers, assignments and function of police by the government and public safety commissions and for redressal of public complaints,” the house was told.

In the new law, the tenure of the inspector general of police will be three years; and the provincial government “may repatriate, or the federal government may, on its own accord recall, an IGP”.

Also, the provincial public safety commission would recommend to the government for repatriation of IGP before completion of tenure of three years for “unsatisfactory performance of duties”.

The provincial safety commission’s recommendation for the IGP’s repatriation should not be before given a proper hearing to the person holding the top post.

Among the duties of police, it could apprehend a person on legal grounds but it is bound to inform about the arrest to a person of the detainee’s choice.

Police can “enter and inspect without a warrant on reliable information any public place, shop or gaming-house where alcoholic drinks or narcotics are sold or weapons are legally stored and other public places of resort of loose and disorderly characters”.

Public safety bodies to be set up across province

According to the new law, a Provincial Public Safety and Police Complaints Commission would be established for oversight of the police department and redressing public complaints against it.

The commission would be composed of 12 members and ex-officio chairperson. Half of its members would be nominated by the speaker of the provincial assembly from amongst its members — four from the treasury and two from the opposition. Such members, however, should not be members of the standing committee of the Sindh Assembly on home affairs.

The other half, with at least two women, would comprise of independent members who will be appointed by the government on the recommendation of the selection panel. Home minister would be chairperson of the commission.

The selection panel for independent panel would be headed by the chief secretary while one member each would be nominated by the chief minister and the leader of the opposition.

Among other functions ie oversight of the department and formulation of future strategies for better policing, it will also coordinate with and guide such commissions running at district levels.

The district commission would approve an annual district policing plan prepared by the senior superintendent of police, while entertaining public complaints would be among its key functions.

444 kids among 550 tested HIV positive in Larkana alone PTI’s Shaikh spoke over the burning issue vis-à-vis incidence of HIV in the province.

Health Minister Azra Pechuho said tests of 15 children of Larkana who had earlier been confirmed as patients of HIV showed that five of them were HIV positive while another three returned negative signs. One of those children had died while the whereabouts of the remaining children could not be found.

She said some 16,169 people were screened for HIV in the affected area of Larkana districts of whom 550 were found HIV positive. They included 444 children (newborn to 15 years) and 106 adults. Most children were aged between two to five years, she added.

Speaker Durrani later prorogued the session, which is arguably the longest in its history, which began on Jan 9 and continued for more than four months.