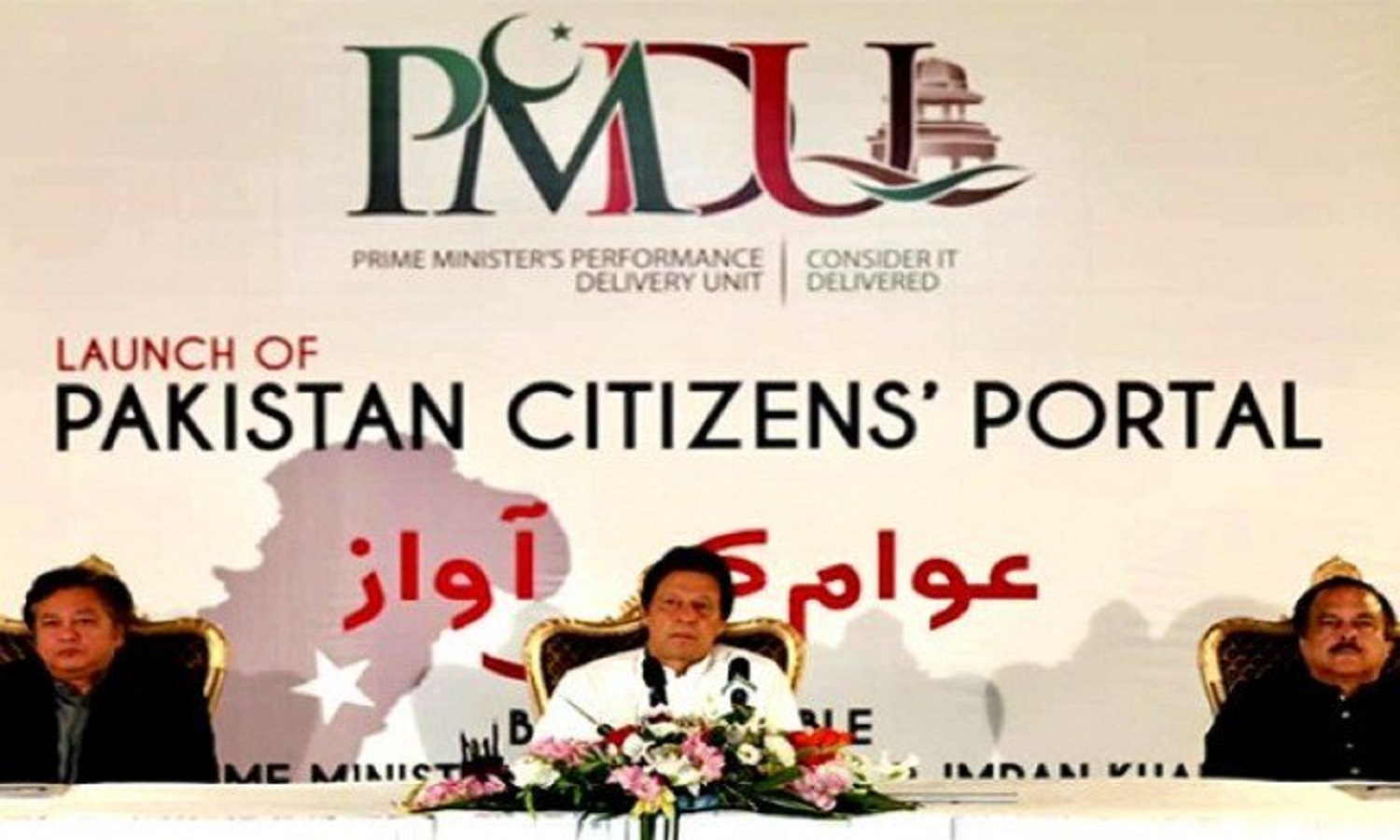 PCP is a complete grievance redressal system, which is connected with all the government departments, while the Prime Minister Office will monitor the entire procedure, Radio Pakistan reported.

People can lodge complaint through a smartphone app, website, e-mail or Facebook. A complaint can also be registered through a toll free number. Government departments will also hold khuli kecthahris (open courts) to receive people’s complaints. All complaints will be resolved in a given timeframe and a transparent manner to the satisfaction of the complainant.
Addressing the inauguration ceremony in Islamabad on Sunday, the prime minister said Pakistan has immense potential and with hard work it can be steered out of crises.

He said ‘Naya Pakistan’ will be created when people start owning the system and have confidence in the government.

PM Khan said indigenous development of the portal app is appreciable and it reflects that old colonial mindset has been replaced with accountability for all including government, politicians and public servants.

He said the “Pakistan Citizens’ Portal” will enable the government to understand the performance of ministries and departments. Secondly, future policies will be made after getting the public response and feedback. The premier said it will also give a better voice to overseas Pakistanis.

“Our policy is to improve the ease of doing business to attract foreign investment in the country which will help the economy,” said the prime minister, adding that he will get report on weekly basis to check the performance of various government departments.

The prime minister said the reward and punishment system in public sector will also become easier with this system and promotions of government servants will be judged on the basis of their performance. He said the PCP is a step forward towards E-governance, improving governance, and attracting foreign investments in Pakistan.

Earlier, a detailed briefing was given regarding the PCP, according to which the portal is a voice of the people. It will help resolve issues confronting disabled, overseas Pakistanis, women, minorities, investors, and politicians.

The portal will function under PM’s Performance Delivery Unit (PMDU). Key areas of PMDU include facilitation to Pakistani citizens, overseas Pakistanis and foreigners, facilitation and coordination for parliamentarians, and the prime minister’s directives/Task Management System.

‘No strings attached to $6b Saudi package’

In response to a question, Prime Minister Imran said the $6 billion package given to the country by Saudi Arabia does not have any terms or conditions attached to it.

“There was a disconnect between elected representatives and voters in the past, with politicians thinking the public is only there to serve them and not the other way around,” the premier remarked.

“Finally the government will be held accountable by citizens,” he added.

“This new system rolled out by this government shall serve as an example for others to follow,” the Pakistan Tehreek-e-Insaf (PTI) chief said.

PM Imran said that nation has the needed resources in abundance with the only hindrance being corruption which is being clamped down.