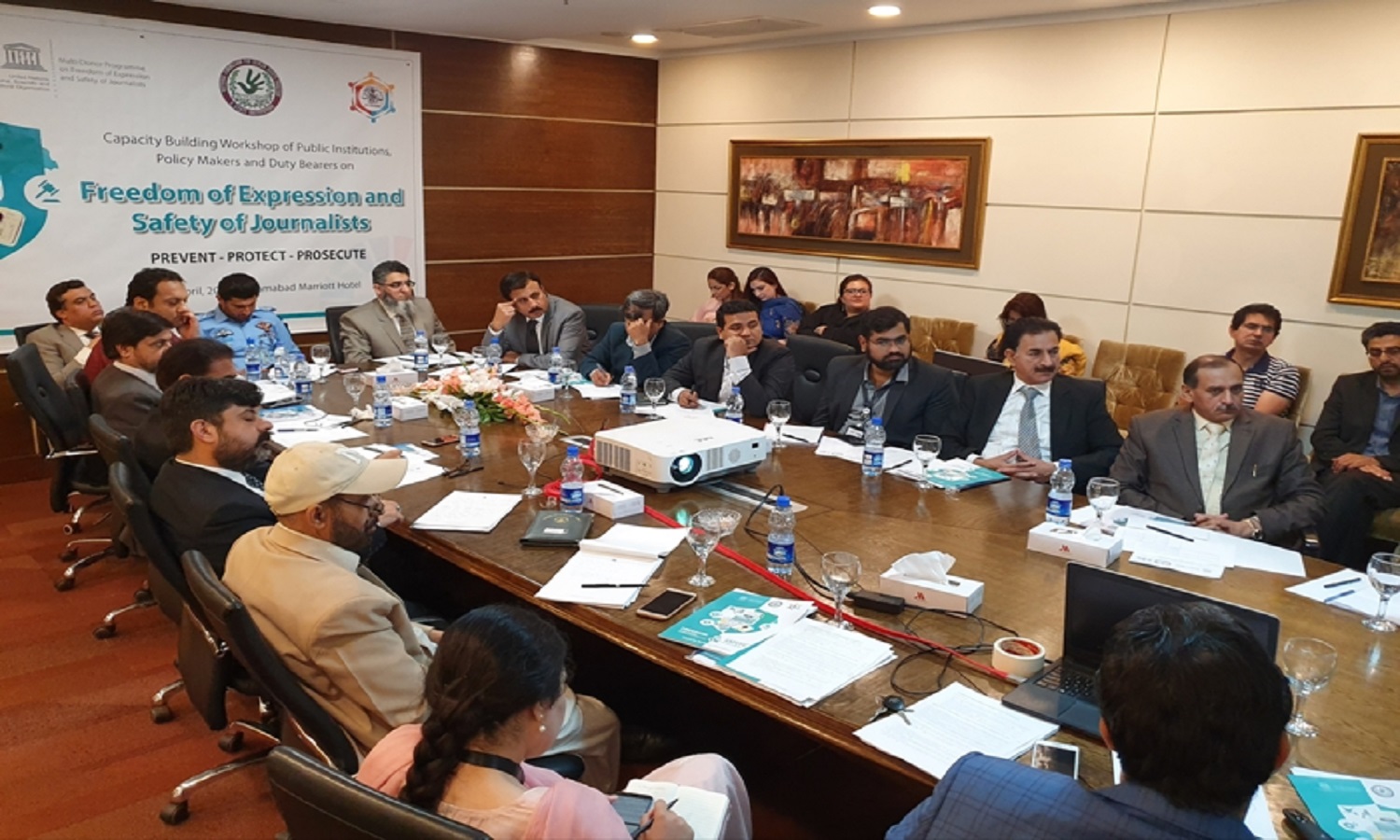 ISLAMABAD: The National Commission on Human Rights (NCHR) has appointed focal persons in police departments to report on crimes against journalists.

Chairman NCHR retired Justice Ali Nawaz Chowhan, during an event held at NCHR, said the contribution of journalists for humanity was tremendous.

The event was part of a series of workshops organised under Unesco’s multi-donor programme on Freedom of Expression and Safety of Journalists, implemented in collaboration with the NCHR.

“Journalists are the voice of people and NCHR is always there to provide the support to them. Freedom of expression and safety of journalist must be safeguarded in Pakistan,” Mr Chowhan said.

“You cannot demand any other right if you don’t have right to freedom of expression. Journalists are the frontline human rights defenders. They need special protection through special law,” he said.

Member NCHR Chaudhry Mohammad Shafique announced the nomination of focal persons in all provincial and federal police departments to collect data on crimes against journalists.

“We have also taken up the issue of compensation to journalists who died in the line of duty in Balochistan. Home department ensured to provide full support in this regard.

“NCHR will also be initiating the process of establishing federal and provincial level working group on freedom of expression and safety of journalist,” he said.

Mr Shafique said that media is the fourth pillar of the state besides legislature, judiciary and the executive.

While acknowledging the importance of media, he said in Pakistan journalists are facing immense pressure and they often risk their lives in the line of duty.

Unfortunately Pakistan doesn’t have any statistics available on the assassinations of journalists therefore it becomes very difficult to legislate in the absence of data, adding that the NCHR is a statutory body and they are mandated to raise human rights issues at global level.

Peace and Justice Network Executive Director Raza Ali stressed upon the need for improving Pakistan’s indicators on safety of journalists. However he said the assassination of journalists is not directly linked with freedom of expression.

Unesco Representative Vibeke Jensen said: “I commend the NCHR Pakistan for emerging as a strong ally for promoting fundamental freedoms, and for bringing relevant duty bearers on board.”