Strengthening the Rule of Law (ROL) is an important element of the Pakistan's development agenda of current governments at Federal and Provincial level.

The common understanding behind SDG 16 is that progress on peace and development depends on the creation of inclusive societies in which the rule of law and human rights are respected. Goal 16 is focused on ensuring that countries have effective, fair and accessible laws and justice systems that ensure security and protection for all people, and enable meaningful avenues of redress for criminal and civil wrongdoing. The target refers to the broad principles of Rule of Law and equal access to justice.

Issues and problems related to rule of law are global in nature and exist in all countries of the world in varying degrees Lack of awareness and ignorance of public, lack of acceptance of equality, low recognition of human rights, ineffective governing institutions, weak systems and procedures within justice sector, lack of capacity of public delivery mechanisms and lack of political will are common ailments visible in South Asia. Pakistan has not been an exception. Past assessments and literature available in the sector confirms that upholding rule of law has been extremely weak in Pakistan. It is currently perceived as a hurdle to Pakistan’s development, prosperity, and progress.

As per World Justice Project (WJP) Rule of Law Index 2017–2018, Pakistan ranked 105 out of 113 countries. In region, Pakistan ranked 5th out of 6 counties. Only Afghanistan comes after Pakistan which is currently in a state of war. Pendency of cases is at 1.8 million at district and high courts by the end February 2018. Also Pakistani prisons house 57pc more inmates than authorized capacity as per report presented by the National Counter Terrorism Authority (NACTA) in May 2018.

However, there is a popular plea for rule of law across Pakistan. Despite criticism locally and internationally, it has remained a resilient state, with strong desire to improve rule of law. In this regard Peace & Justice Network (PJN) in collaboration Jinnah Center for the Rule of Law developed a National Rule of Law Reform Agenda. 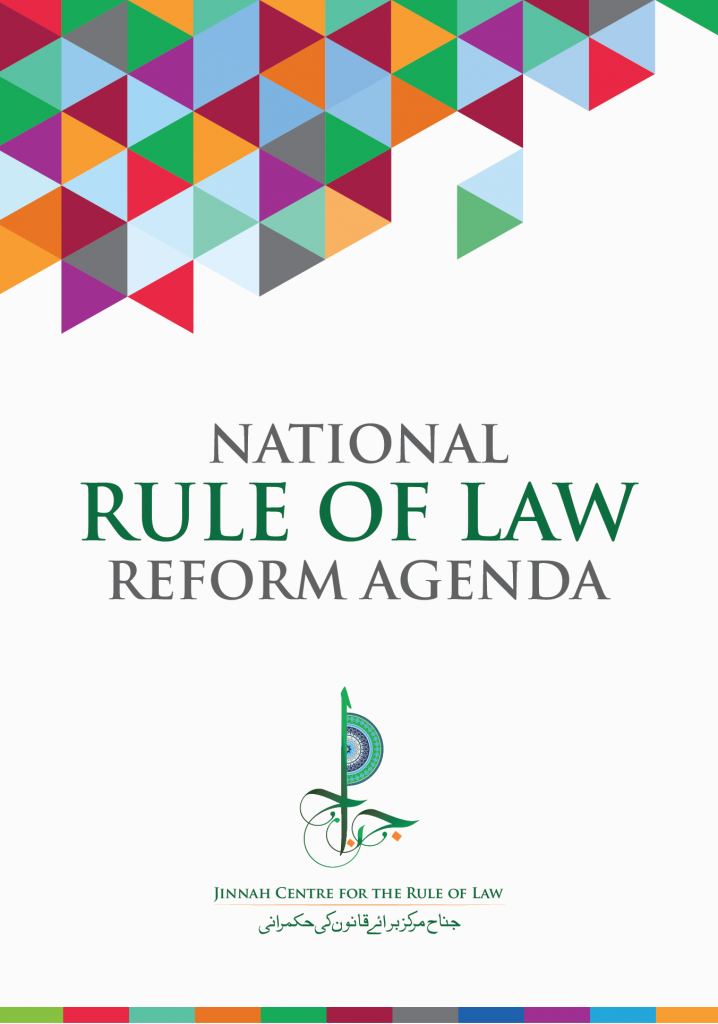 Just another link to explore the world